The Bridge of Tears

Near Muckish Mountain in Co Donegal on the R256 to Falcarragh, is a small stone bridge known locally as Droichead na nDeor (The Bridge of Tears / The Crying Bridge). This little bridge still stands today to bear witness to all those who left the land and people they loved for an often unfulfilled dream of a better life abroad.

In the nineteenth century, before the railway was built, local people emigrating to America, Britain and elsewhere crossed this bridge on their way to the port of Derry, the main departure point for Donegal emigrants. The emigrant was accompanied by family and friends as far as this point, but crossed to the opposite side alone. This walk towards top of the gap under Muckish, had all the finality of a funeral, as most of the emigrants never returned.

A stone erected nearby reads,

(“Family and friends of the person leaving for foreign lands would come this far. Here was the separation. This is the Bridge of Tears”.)

The Bridge inspired Percy French to write one of his most famous songs “The Irish Mother”, and inspired Clannad’s hauntingly beautiful “The Bridge of Tears”.

To reach the Bridge of Tears leave Dunfanaghy on the main N56 towards Falcarragh, for approximately 5 kilometres until you come to a bridge crossing and a 90 degree turn to the right. Immediately turn sharp left. Follow this road to the end, and turn left. Follow this road for approximately 4 kilometres until you see the Bridge. 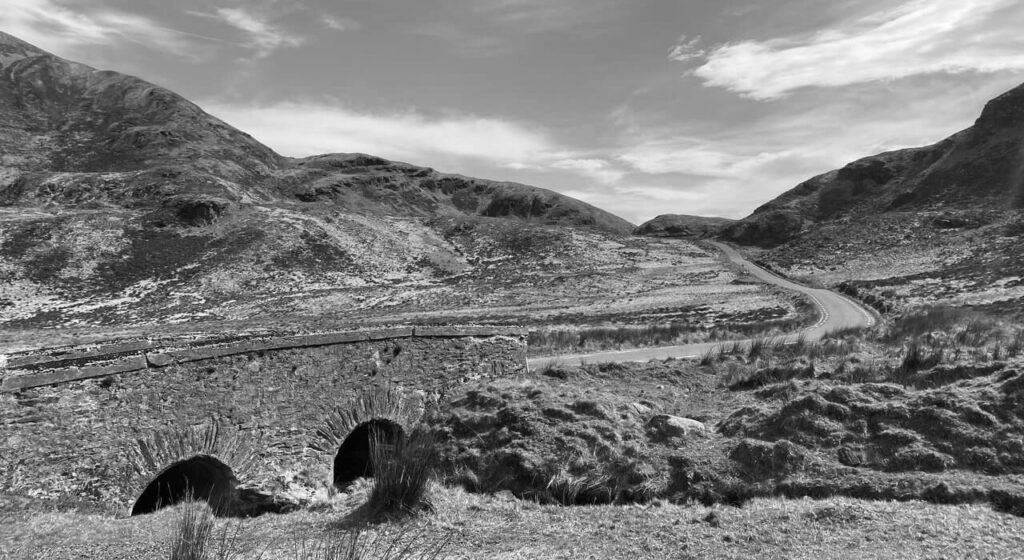 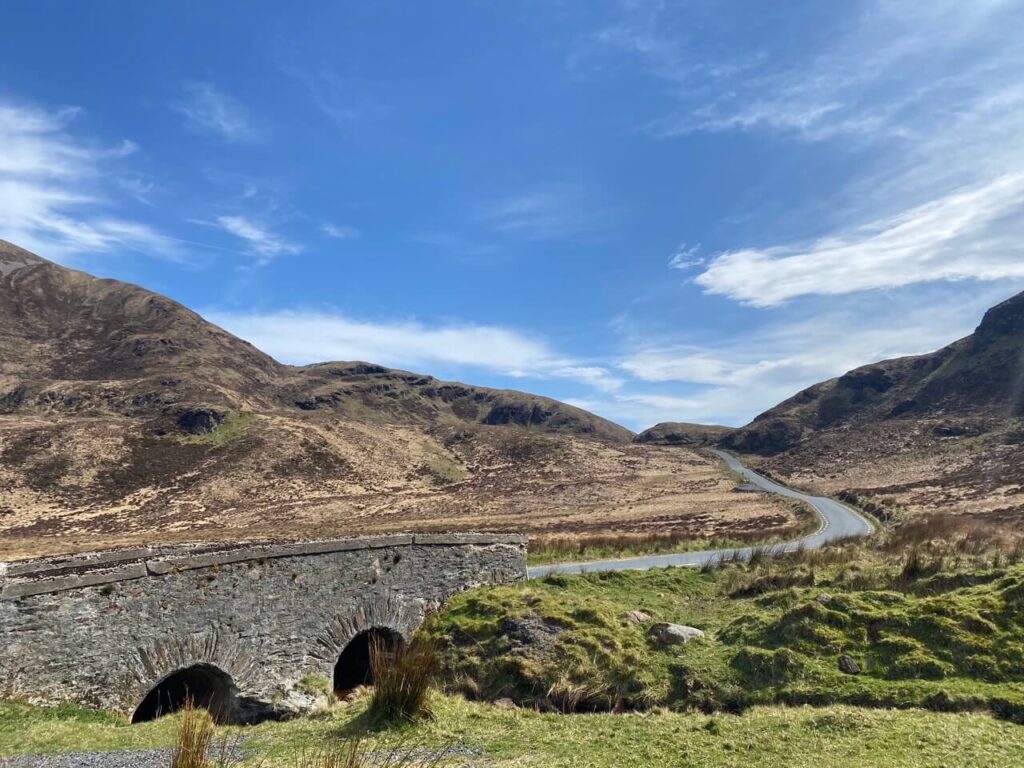 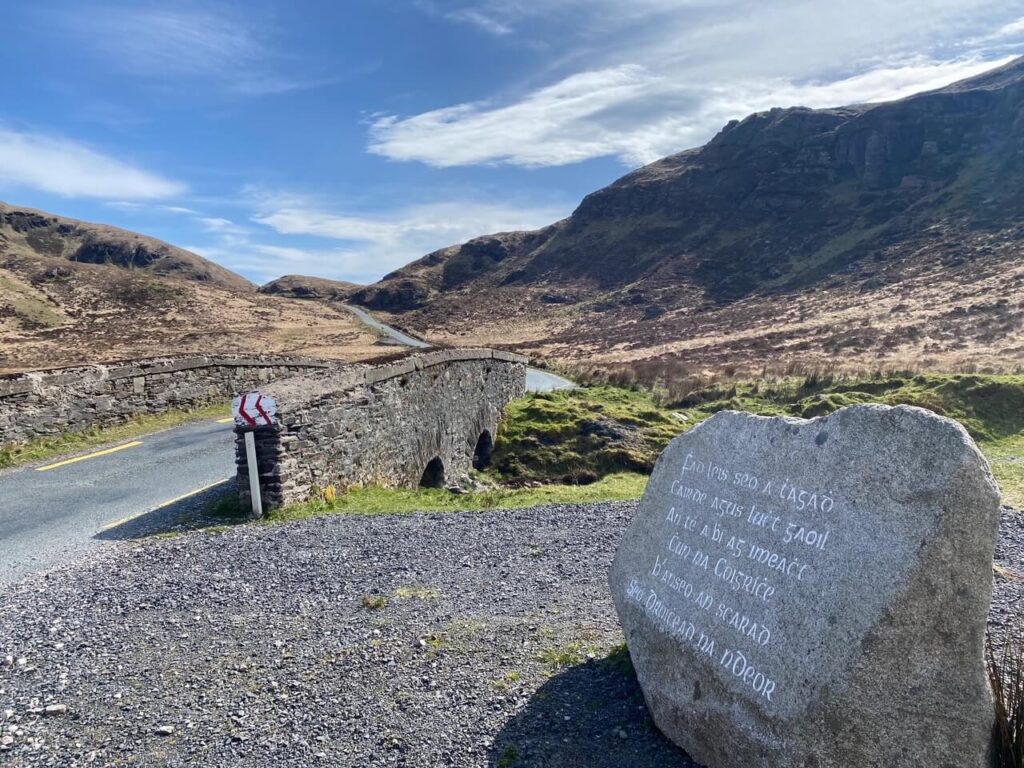 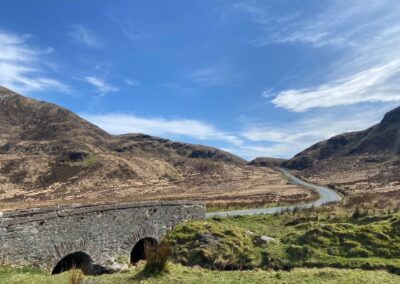 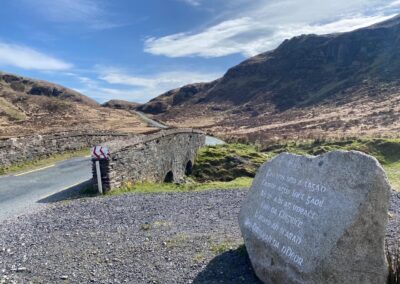 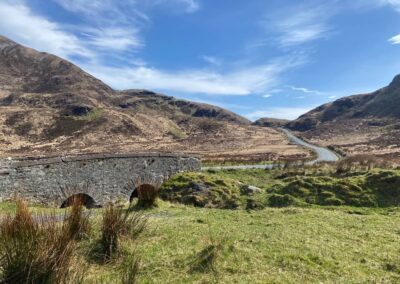 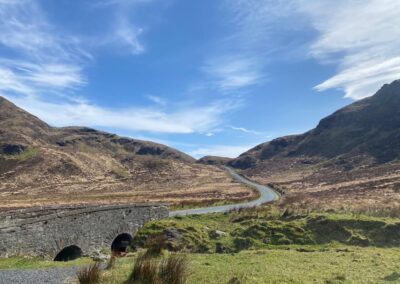 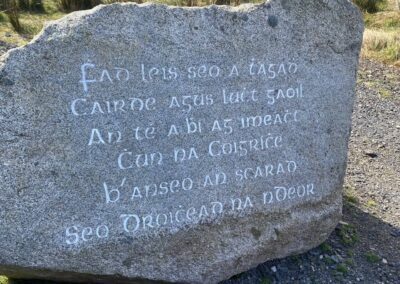 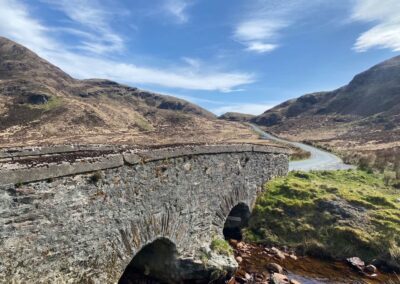 All photos taken by Liam Campbell