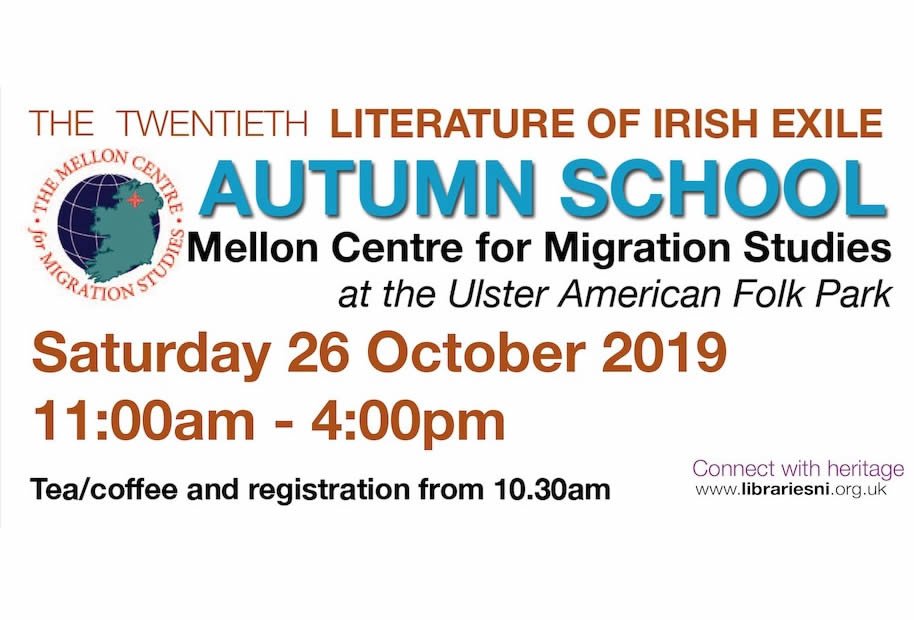 What did I forget? Migration, memory and the moving image

The 30th annual AEMI meeting will be hosted by the Mellon Centre for Migration Studies (MCMS) at the Ulster American Folk Park, Omagh, Northern Ireland from 30 September to 3 October 2020.

The central theme of the conference is encapsulated in the single word Return. All migrants throughout time retain the potential to return to the homeplace from the destinations to which they have moved. Most academic study of the phenomenon of return migration has focussed upon those who migrated between Europe and North America from 1700 to the present.

Abstracts of 200-300 words (including a short CV) in English should be sent as soon as possible but no later than Tuesday 17th March to Patrick.Fitzgerald@Librariesni.org.uk and Catherine.McCullough@Librariesni.org.uk

MCMS comprises a library and virtual archive (www.dippam.ac.uk) and has focussed, since its inception in 1998, upon the experience of human migration as it relates to the island of Ireland and the Irish Diaspora. 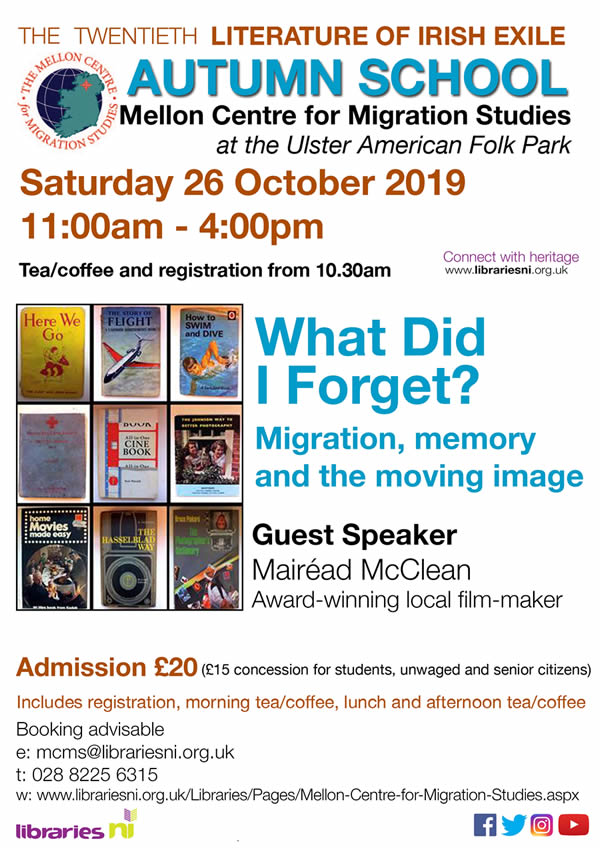