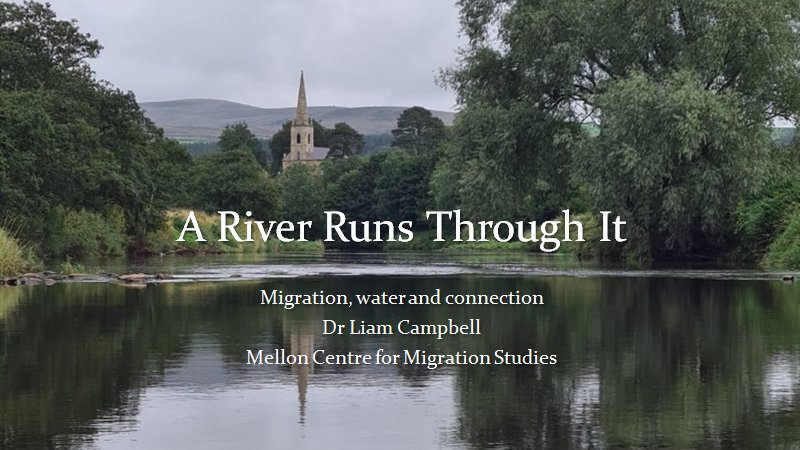 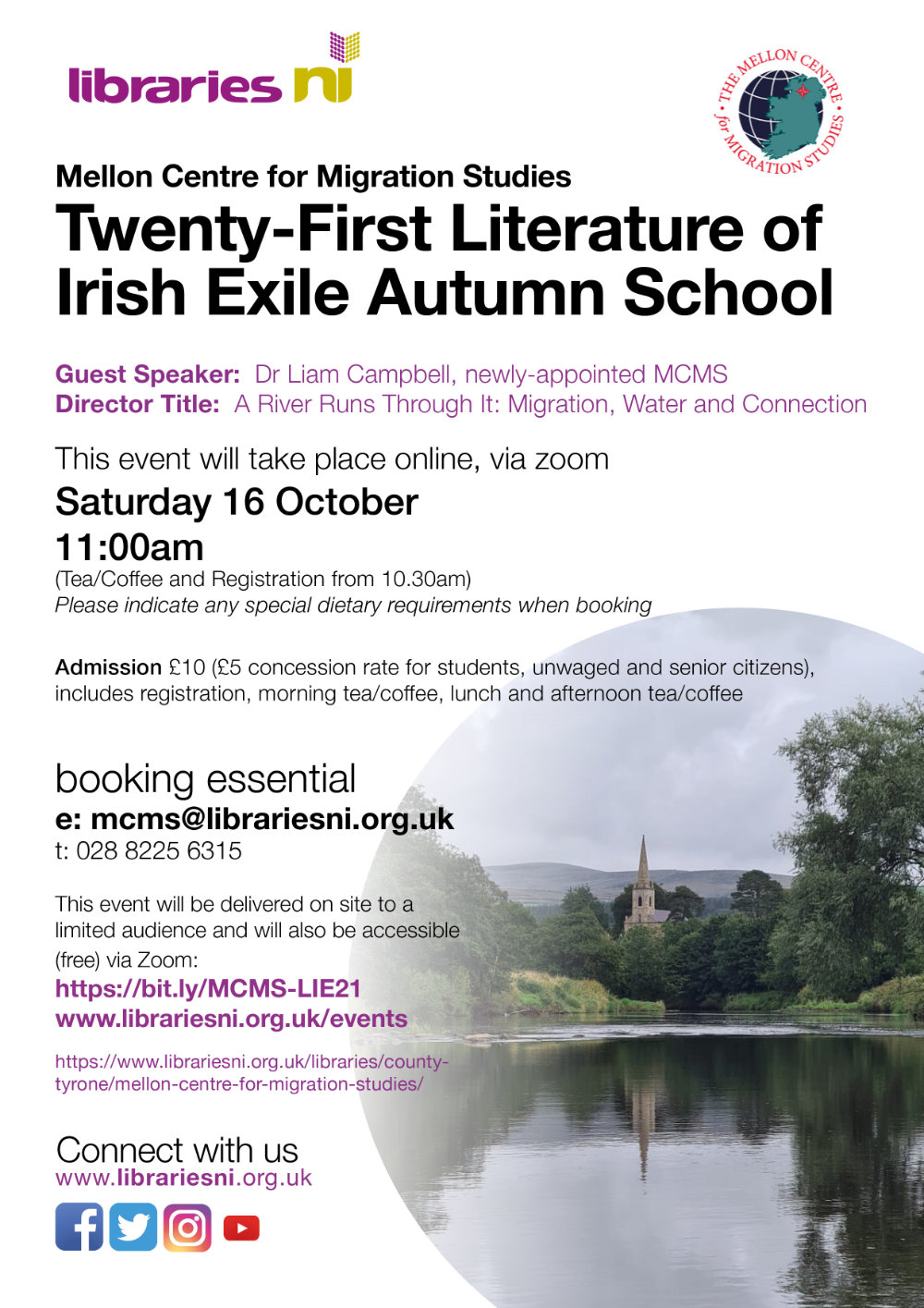 This is a wide ranging lecture on the influence of rivers on the movement and settlement of peoples in this region and throughout the wider world. This walk and talk, appropriately situated on the banks of the Strule will explore how a river landscape connects us all to the oceans and beyond. Drawing on local literature this walk and talk will hopefully stimulate reflection on the migrant in all of us.

Dr Liam Campbell lives outside Plumbridge in the Sperrin Mountains in Co. Tyrone and was born in Inishowen in Co. Donegal. He has recently been appointed as Director of the Mellon Centre for Migration Studies at the Ulster American Folk Park. Previously, he worked as the Built and Cultural Heritage Officer at Lough Neagh Partnership and as a television producer on programmes such as Lesser Spotted Ulster for some twenty years before returning to academia. He has published widely on heritage and environmental issues, especially about the northwest of Ireland. His recent book Room for the River has just been published by Merdog Books. Holding undergraduate degrees from NUI Maynooth and masters degrees from both Queens University Belfast and Ulster University, Liam completed his PhD at Ulster University on the cultural heritage of rivers. He is a visiting lecturer at East Tennessee State University where he previously held the Basler Chair for Integration of the Arts and Sciences.